To light a spark and inspire a dream
Leave a comment

May I have this Dance?

Posted by Rainbow Fairy on June 21, 2014 in Reflections by Karen Roach, Words that Inspires Me

After a late night of watching England losing to Italy I decided to visit the SA book festival the next morning. This was my last chance to see what is described as one of the greatest literary event in Sub-Sahara Africa. As an avid reader I was hoping to be impressed. I was aware of my limited budget and decided I would set myself one task and that is to buy one book. This was the last day of the fair. I had planned to visit the day before but was deterred by heavy rain and so with a cold flat, I resorted to my electric blanket which seemed a better choice than going outside. Anyway I had much preparation to do that day  for the England win against Italy. ‘English High Tea and Italian rations’ I called it. I love to dream:-) 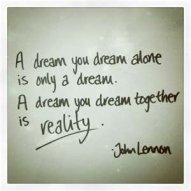 PS: For all those lovely church goers  who take great interest in my spiritual growth, I now attend church in the evening.:-)

The crowd was minimal but I welcomed this as I was still in a daze after staying up until 2.30 am that morning.

I had no idea where to begin in exploring the fair and so I started where I was.

“If you don’t know where you are going, any road will get you there.”  Lewis Carroll

In my wandering I came across a group of people listening to the life story of Xhosa woman from East London. I had no idea why but I decided to join the group, and found myself a seat. Maybe I just needed to compose my self and rest my still weary body. She mentioned that she was involved in the YWCA (now YW) and was a past president and that made my ear propped up, instantly gained alertness and her undivided attention. I listened to her story of how she struggled during the years of apartheid,  as a nurse, a mother and political activist. Her family values were astounding and she brought back memories of my late Grandmother, Mother and Aunt. It’s was as if they were speaking to me through her and God knew that I needed some sound advice. I was so moved by this woman I had to put my hand up to ask her a question during the questions and answer session.
For  someone who spent most of my early years with my Grandmother and Uncles, I value the wisdom of the older generation. I asked  for advice in impacting the next generation,  her message for the young people born after apartheid (the born-frees) struggling to find their identity and for a foreigner working with young people and adjusting to the new South Africa.
Her response was focussed more on the trauma of leaving home, family, close ties and knowing who you are and where your identity lies. She also mentioned valuing your time, that is, looking at how you use your time and ending with the words ‘I hope that answered your question.’ I almost wanted to shout ‘not really’ but I didn’t. This was not the answer I was expecting and I almost put it down to her age. I  was left puzzled, trying to figure out what she was saying.  At the end I was greeted with hugs of reassurance from a few of the participants in the literary workshop and was even invited by a photographer to be included in the photo with this 84-year-old woman, an author! She was actually presenting her first book and telling her life story in the process.
As I left the talk, still wandering around the show I realised I was running out of time and had to buy my one book as promised. It was on my short walk back from  the ABSA cash point , that I had this mini Damascus road experience where instead of being blinded by a light,  someone switched on a light in my head and I realised that this woman had responded to me as most older people, my grandmother  and Jesus would, in a little  parable. Jesus frequently left people wondering what he was saying and so did this woman.
Value your time, instead of focusing on how can you change the situation – use the time you have here effectively.
I had to buy her book (and that of another inspiring author I must confess). This  she autographed in perfect handwriting even for a woman of 84 years. I commented on how beautiful her handwriting is and she responded confidently with a smile ‘I know’.

It was such an honour to be in her company , to talk to, hug her, to be a recipient of her wisdom through her personhood and in reading her book.

“Karen dear, I love the way you think. Keep it up and read my book to support your efforts. Good Luck. I love you.” Connie Ngcaba

Manse- the girl who grew up quickly, Mama – the wife and mother, MaHlongwane – the community worker, Makula – the grandmother and matriarch of the Ngcaba family, thank you for your wisdom!
The book ‘May I have this Dance’ tells the courageous and moving story of Connie Ngcaba, who grew up in the Easter Cape, become a nurse , community figurehead and a leading voice against the apartheid regime. She was detained for a year at age 57 for her sense of justice, speaking out because of her compassion for those around her. It is a story of strong family ties and the triumph of her love for her husband and children. Connie wrote her book because she had so much to say and with her growing up in apartheid South Africa, she wasn’t given a chance then to do so.

There is so much to share from this book, I do not know where to start. It includes various encouragements, words of wisdom and reflections.

“Aspire to be like Mount Fuji , with such a broad and solid foundation that the strongest earthquakes cannot move you, and so tall that the greatest enterprises of common men seem insignificant from your loft perspective. With your mind as high as Mount Fiji, you can see all the things clearly. And you can see all the forces that shapes events, not just the things happening near to you.”

This reminded me of my grandmother’s words to me.

and mine later to my niece “Aim high, the sky is not the limit.”

Her nuggets of wisdom on being a wife made me smile.

“When I speak to young women experiencing marital strife, I like to remind them of a few things
• If your husband chose to marry you, he was not forced
• If he admire your friend’s dress, he might want to give you a similar one.
• If his meeting was supposed to end at 8pm and he comes home at 10 pm, he was not the chairperson.
• If he complains about a nagging secretary at the office, do not give him a nagging wife at home.
• If he does not finish his dinner, it is possible that there is a restaurant near the car wash he used on his way home.
• If he is quiet because he is upset, it might not have anything to do with you
• If he gives his secretary a lift home, it might have been because of a bad weather
…and so on. She praised her late husband for his trust in her, stress the importance of  giving a voice to the next generation and even included a constitution for her family at the back of the book.

I was intrigued and inspired by the wisdom, traditional values and such demonstration of professionalism from this 84 year old wife, mother , nurse, community worker and political activist. I came away with higher value on my family and upbringing.

Manse, Mama, MaHlongwane, Makula (the Four M’s) you truly inspired me to greatness.
I thank God for the opportunity to meet such an amazing woman. To my late Grandmother, Mom and Aunt I want to say thank you  for your wisdom and  for inspiring my journey.

Later that evening on Father’s Day I had the opportunity in church to honour my Dad  by saying what I like most about him.
Thank you Dad for you too deserve the praise!  Ahh!! Family Ties:-) 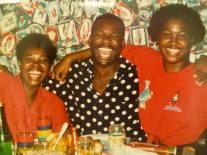 What matters also is how you see yourself

A spicy  Jamaican dish with a sip of English tea and Nigerian influences, in South Africa.. now that’s a tough calling!:-) Most importantly I’m a child of God.

There’s an old adage that states “It’s not where you come from it’s where you’re going. But I would like to add this random thought..

Thank you Connie for your inspiration.

← Break free from your mold!
Words of Encouragement →